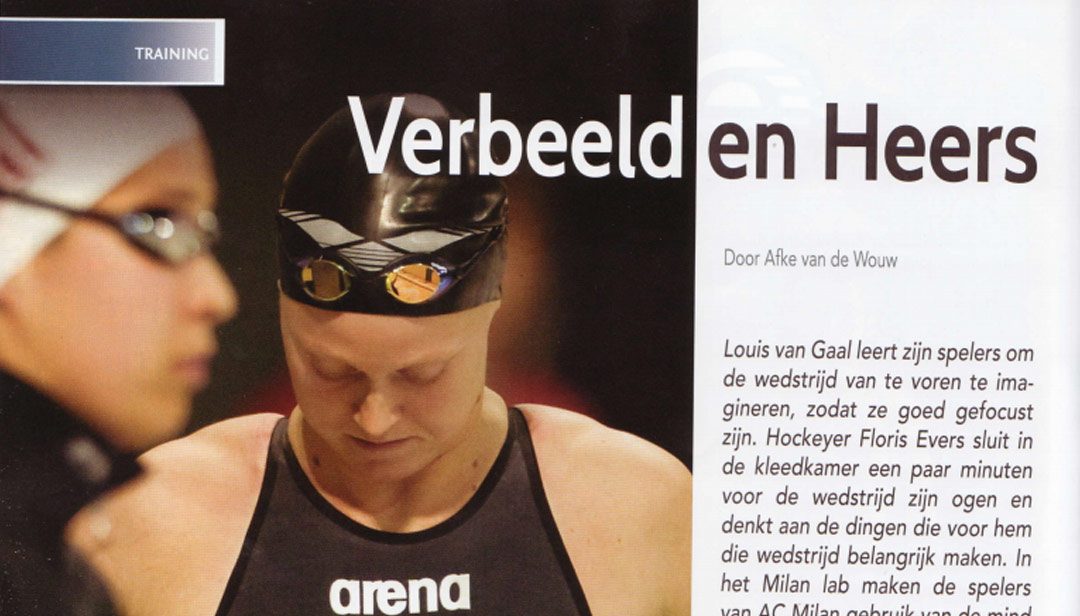 Louis van Gaal teaches his players the team to imagine in advance, so they are better focused, hockey Player Floris Evers closes his eyes in the dressing room a few minutes before the game and thinks about the thing that are important to him this game.  At the Milan lab, the players of AC Mílan use the mind room, where they  picture there game actions.  And also in other branches of sport they use thee forms of mental training to perform better. . But what is visualizing? And in what way does it have impact on the performance?

A while ago, at a dutch TV program ‘ they showed the preparation of Epke zonderland on his Olympic gold exercise. Prof. Dr. Bert Otten told that it is very important that the brain is in the right condition. He told that Epke could manage very well: while waiting his turn he stood along te side, looked at the ground and made motions with his head and lips right in the pace of its flight elements, which he then actually was going to do. He was actually already flying, before he started and that is very important for the brain because the brain was working the sameway as it is during the exercise. In other words, for your brain, it doesn’t matter if you are actually moving or only jn thoughts.