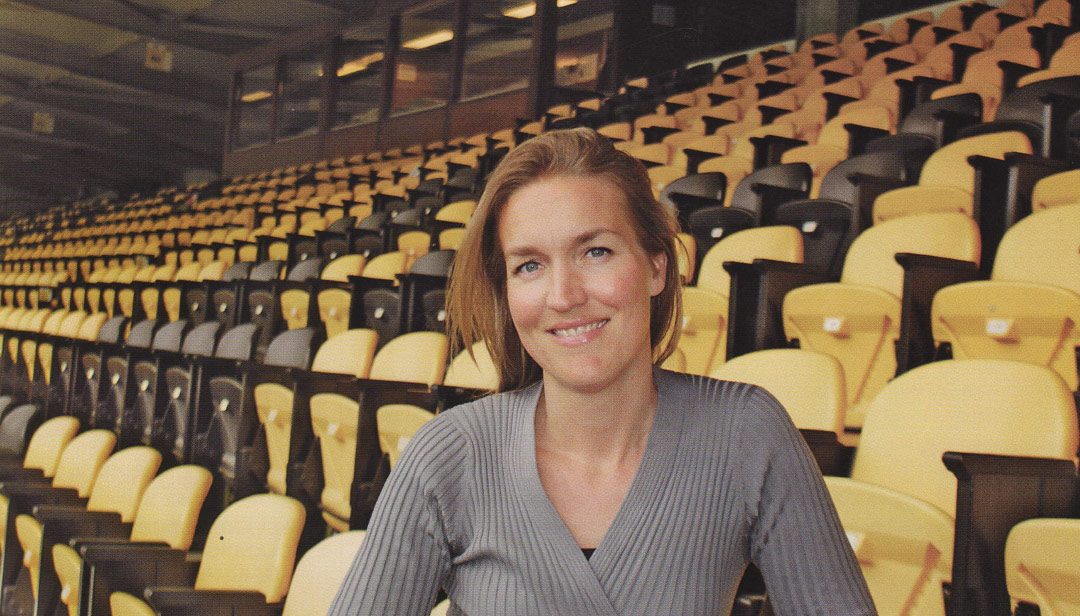 Johan Derksen and René van der Gijp are rather giggly about their guest, VVV-coach Jan van Dijk, in a broadcast of football International beacuse he tells that he and his selection benefit of the contributions of sports psychologist Afke van de Wouw. Not the former hew of FC Groningen who kick his opponent while laughing? Football is a world of Machos where there is still no place for the wining people . Still, the psychological factor in football is one that is inseparable from the evolution of the most popular game on our Earth.

Top clubs like AZ, Chelsea and AC Milan give a lot of attention to the mental health of their players, is not for nothing. . Also VVV-Venlo innovates in mental health with Van de Wouw.
Afke van de Wouw receives her visit an hour for the game between RKC Waalwijk and VVV in the Business Lounge of Seacon Stadion De Koel. Since this season is the sport psychologist working for the playing. Last season they performed whatever work there is for the Koellclub, but from this footballyear she is structurally part of the technical staff of the champion of the Jupiler League.