I’ve always been interested in people and what ‘moves’ them (or why they don’t move). For that reason I studied physiotherapy in the early nineties. In that time I also started working in sports: I became the physio of football teams. In physiotherapy most the attention goes to the musculoskeletal system. I got more and more interested in what’s going on in the head. That’s way I continued studying Human Movement Sciences where I did my major in Sport Psychology and minor in Physiology. 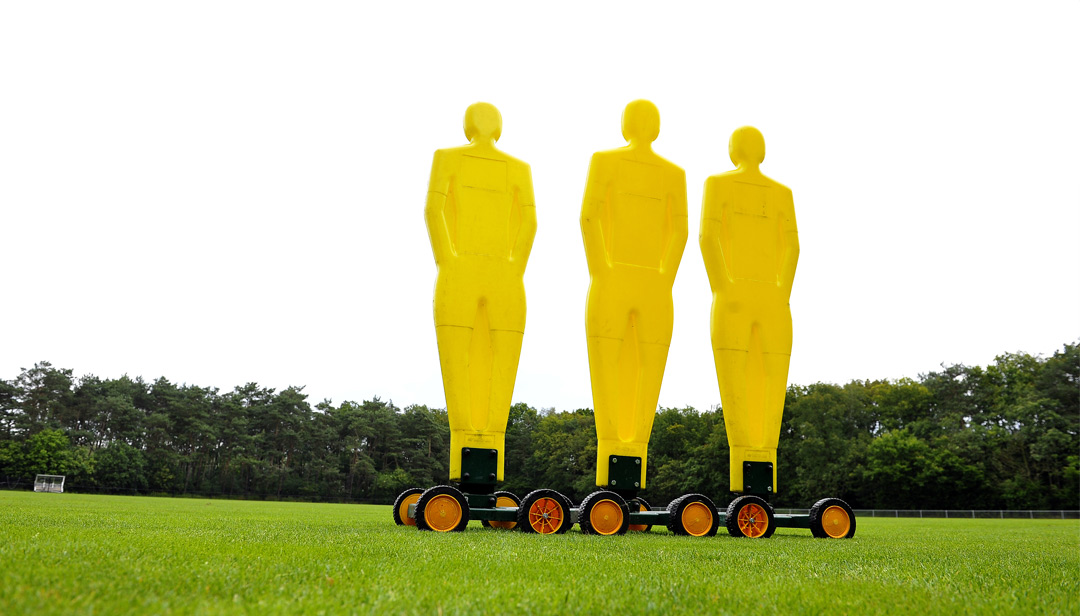 In both studies I missed the holistic approach: In my opinion there is no separation between body and mind. Because I have a background in both, I can combine the knowledge of the physiology and psychology. It makes it easier to see the athlete as a whole human being and to give him/her the appropriate support. It’s also having a positive influence on the communication with the other staff members, such as the doctor, physio, head-, assistant- and fitness coach.

I also see (sport) psychology as a part of the performance. Just like strength-, condition and technique training. So if you want to improve your performance, you also need to (regularly) train your brain. You don’t ‘need’ a problem to go to a sport psychologist. You just want to perform better!

I like to work in a multidisciplinary team. At VVV-Venlo and FC Utrecht I was a staff member of the squad. Working together with the other disciplines was very effective. We were able to create a complete picture of all players.

Besides that I also have my private practise in Utrecht, where athletes and coaches can come for performance coaching.

Afke has good social skills. She is experienced in general and especially in the football world. She is well informed of current developments. Actually she is leading and also contributes to congresses, think-tank’s and other developments in sport psychology. Discrete and conscientious.

As a mental coach Afke has been very important in becoming champion of the first division of the Dutch Football League and getting promoted to the Premier League.

Before the start of the season 2008-2009 she gave competent advice on what type of trainer would fit it best into the current squad and the technical staff of VVV-Venlo.

In preparation of the season the whole squad has been analysed on personality and personal preferences.

She had individual talks with all the players, so she could give the technical staff a clear picture of the composition of the team and how to communicate to the individual players.

During the season she organised staff meetings on topics like:

Afke made sure that during the season the pressure to perform, was under control. For the players as well as the technical staff of VVV-Venlo.

The tips and tricks from Afke were very useful in football. She helped us to put theory into practice. The enormous football experience of the technical staff is being structured by Afke and used in the communication with the team.

The technical staff would like to make to use of the expertise and qualities of Afke van de Wouw in the future.

My experience in Field Hockey goes on for many years as a coach, technical director (at Field Hockey Club Amsterdam and Fletiomare). I consider it a challenge to get the bes out of players. Often the focus is on technical or tactical talent. But of you want to make a difference, you ‘ll also have to pay attention to the mental component. Actually, the wright mentality in a group is pivotal.

Because of Afke, the staff was able to develop tools to support the team process and to help the group create their own goals. Thanks to her expertise, the team got to know each other better and gained more respect for each other. Due to the cooperation in different phases of team development, we became champion of our division.

I got to know Afke as someone who knows her position in the team very well. She can also trigger groups and individuals to look at themselves which leads to a huge development as a person. In a very engaging way she made the players aware of their possibilities and how they could use possibilities more effectively. Her positivism was overwhelming and worked very contagious on the team.

In short, as a coach you need ‘mental coaching’. Sometimes people laugh about it, but for me it’s an important part of my performance and of the team. Success is not possible without mental support, which Afke implemented very well.

Some reactions about my presentations and/ or workshops